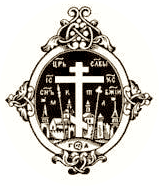 Compassionate Christianity
​In The Canonical Tradition Of The Eastern Orthodox Church
The word Orthodox takes its meaning from the Greek words orthos (upright) and doxa (teaching, worship). Hence the word orthodox means upright belief  or pure worship.
Orthodox tradition developed from the Christianity of the Eastern Roman Empire and was shaped by the culture, politics and peoples of the east. Since the eastern capital of the Roman Empire was Byzantium (now Istanbul), the style of worship is called Byzantine Rite.
The Orthodox Church shares with the other Christian denominations the belief that God has revealed himself in Jesus Christ, salvation through Christ, his crucifixion and resurrection. The Orthodox Church differs substantially from other Christian denominations in the way of life, in its worship and spirituality,  as well as in certain aspects of theology.
The Holy Spirit is experienced as being present in the Church by guiding it through the working of divine inspiration. All Orthodox are naturally united in faith, practice and common theology, but not by artificial means of church organization or church politics. The Orthodox Church is very multifaceted and diverse, ranging from small jurisdictions to large Synods, from autonomous dioceses to assemblies. Some Orthodox branches reflect the cultural tradition of its believers, often based on their geographical or ethnic region.